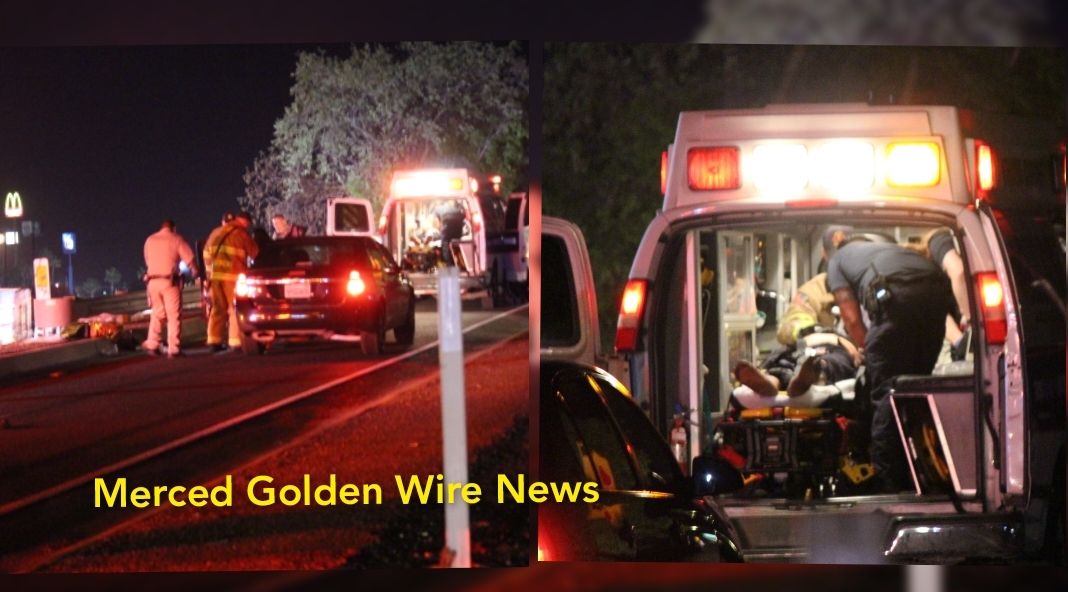 A pedestrian was seriously injured Sunday night in Merced after being hit by a vehicle.

According to the California Highway Patrol, it happened at around 10:03 at the Southbound 99 East Childs Avenue off-ramp.

Firefighters along with paramedics arrived at the scene and located the pedestrian, 43-year-old Eduardo Vega Chavez who ended up suffering from major injuries as a result of the collision, he was transported to Doctors Medical Center in Modesto.

During the investigation, it was determined that Eduardo was walking/crossing illegally on the off-ramp of Childs Avenue when a Chevrolet Malibu driven by Deborah Boatner of Merced was driving at an unknown speed and was unable to stop before striking the pedestrian.

Boatner was not injured and was cooperating with the investigation. No drugs and/or alcohol appear to be a factor.