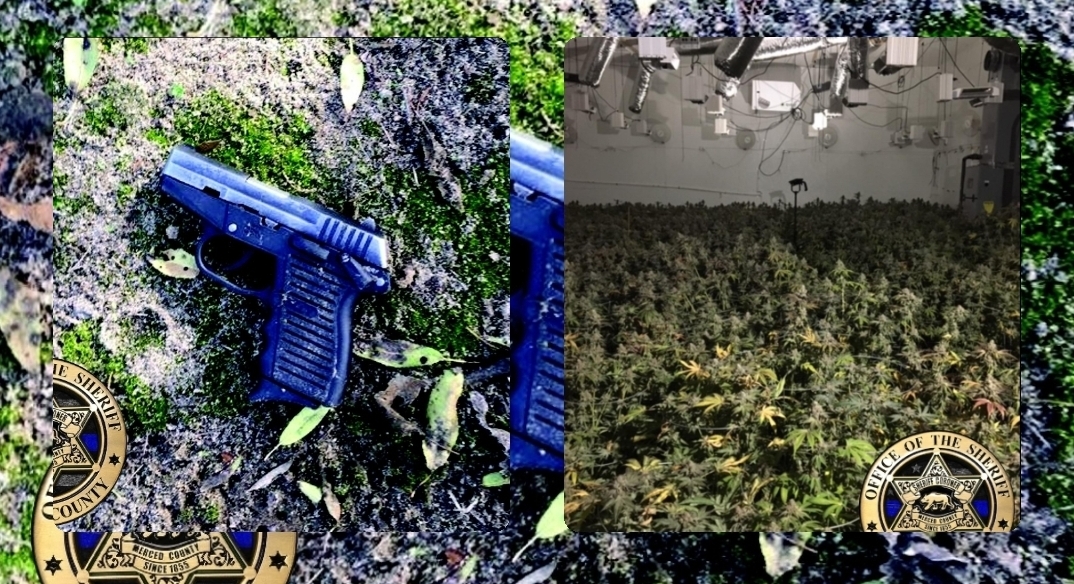 The Merced Sheriff Department held a press release today with more information about the deputy-involved shooting on Wednesday, December 18th at approximately 12:00 a.m.

Warnke explained that deputy Ochoa responded to the 7000 block of Yamato Road in Livingston regarding some sort of disturbance. Unknown to Deputy Ochoa, The residence he was responding to was a Marijuana Grow house with over 5,100 marijuana plants growing inside.

Additionally, two male subjects had arrived a short time prior and assaulted the resident of the house, tied him up, and began stealing the marijuana.

the two subjects identified as 27-year-old Javier Delgadillo-Munoz and 35-year-old Paul Demarcus Glenn were involved in the home invasion and possibly involved in the shooting of Deputy Ochoa.

As Deputy Ochoa arrived at the residence, he began taking fire from an unknown caliber weapon and was hit in his ballistic vest. Deputy Ochoa was able to return fire and Delgadillo-Munoz and Glenn took off running. They were both later taken into custody and booked into the Merced County Jail.

Deputy Ochoa sustained minor injuries and was checked out by medical personnel on scene.

During the course of the investigation, two firearms were seized. The AR-15 that was found had been reported stolen along with a vehicle the subjects were driving.

This is still an ongoing investigation and the detective’s bureau is working diligently to bring a conclusion to this case.

The Merced County Sheriff’s Office would like to thank the CHP – Merced, and the Livingston Police Department, for their quick response and assistance.

These valuable relationships with our neighboring law enforcement families are truly special and this goes to show the special bond between all law enforcement officers and agencies.