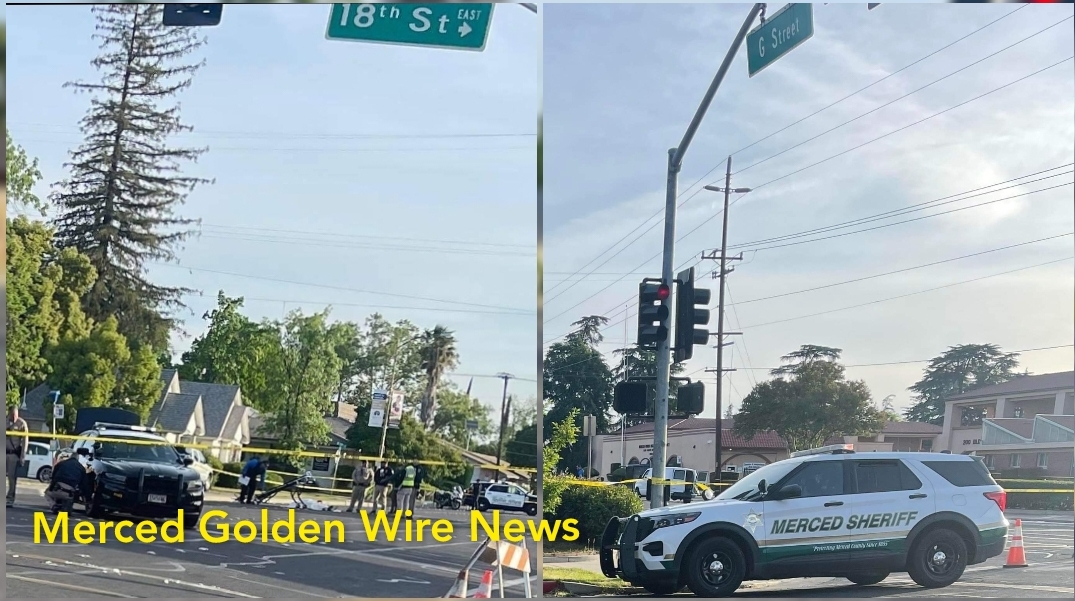 At about 5:12 this morning, Merced police officers responded to a report of a pedestrian vs. vehicle collision on G Street, just north of 18th St.

It was ultimately determined that the driver of a 2005 Infinity sedan had struck the unidentified adult male pedestrian in the No. 1 lane while traveling southbound. The pedestrian came to rest in the traffic lane, and the driver pulled into a nearby alley.

Tragically, a Merced Police patrol unit arriving on the scene struck the victim from the original collision. Ambulance personnel on the scene rendered medical aid, but the man succumbed to his injuries and was pronounced deceased on the scene.