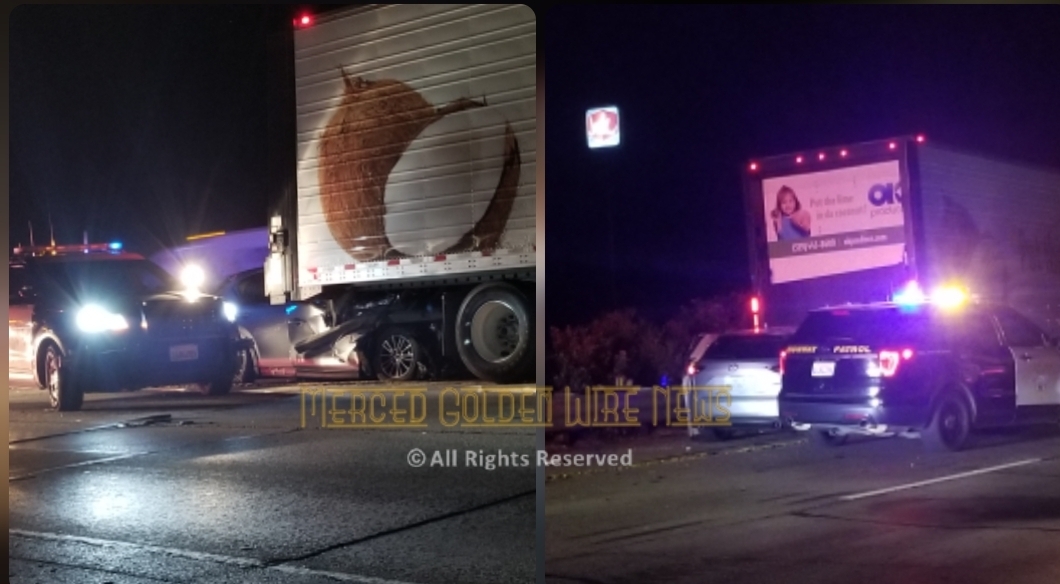 A man was killed late Wednesday night after rear-ending a big rig in Merced.

California Highway Patrol officers responded to Northbound 99 near the V street exit at around 10:40 for reports of a two vehicle collision.

When officers arrived, they located a 2021 Mazda CX-5 that rear-ended a 2019 International big rig.

Authorities say, 56-year-old Robert Ondracek from Fresno was driving a semi-truck Northbound on the fast lane at approximately 10mph due to road work and slow traffic in the area.

According to public information officer Zuniga, a 42-year-old man from Modesto was driving a 2021 Mazda CX-5 at an unknown higher rate of speed.

Authorities say there was road work in the area and the driver of the Mazda failed to see the slower traffic and crashed into the rear of the trailer.

The force of the impact caused fatal injuries to the driver of the Mazda.

The driver of the semi-truck was not injured, Zuniga told Merced Golden Wire News.