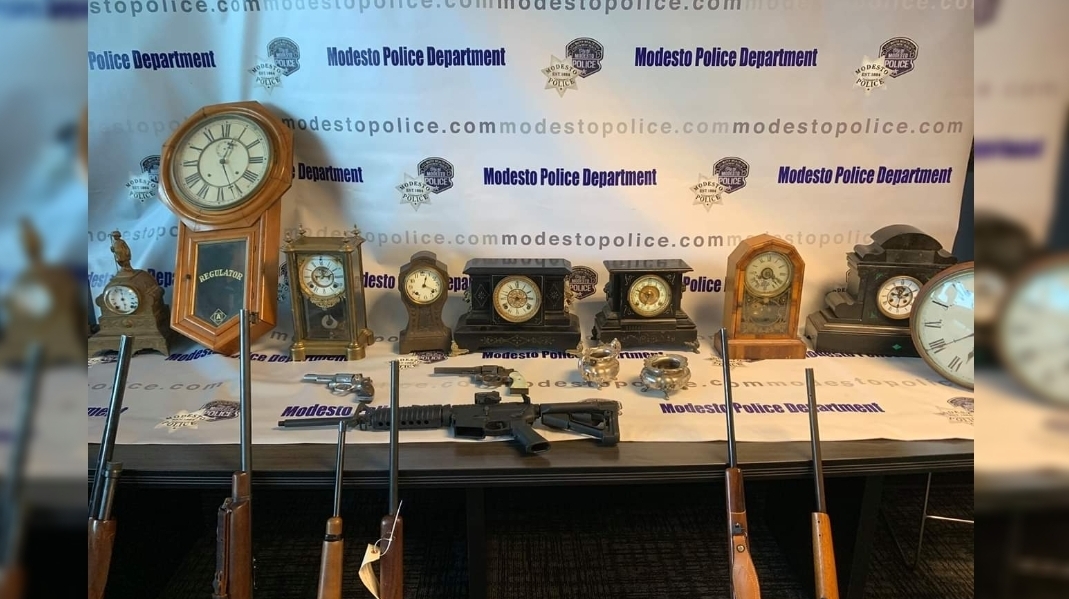 On April 13th, 2019 an investigation was opened into a rash of burglaries at a local Storage Facility in Modesto.

The burglaries occurred at Extra Space Storage located at 2101 Sylvan Avenue in Modesto.

A total of 58 storage lockers, varying in size and contents, were broken into over the course of 47 days.

Members of the Property Crimes Unit, along with members of the Crime Reduction Team began their investigation and developed information that identified potential suspects out of the Stockton and the Lodi area.

During the investigation, they also discovered similar reported burglaries out of Mariposa and Tuolumne Counties.

Surveillance was setup, and during the course of the investigation, Modesto Police Department investigators viewed the suspects burglarizing metal storage containers at a Church in the City of Lodi.

The suspects were contacted, and immediately fled from Modesto Police Officers.

After Hernandez and Newman were arrested, Detectives were able to obtain several search warrants pertaining to their investigation.

The search warrants were served in the cities of Stockton and Lodi, in a joint effort with SJSO, Lodi PD, and Stockton PD.

The warrants led to the recovery of several stolen items, including firearms and antiques.

The two suspects were later booked into the San Joaquin County Jail on several counts of burglary, weapons charges, possession of stolen property, and probation violations.

Modesto Police would like to remind the community to ensure their property is safe and secured when being stored in an off-site facility.

As of this time, Modesto Police have only been contacted by 8 of the victims regarding these burglaries to report the stolen items.

A more detailed list will be released at a later time of recovered property associated with this investigation.

Victims are encouraged to contact Detective Ben Brandvold or Officer Steve Poortinga for assistance. They can be reached at 209-572-9500.

The investigation is continuing and any potential witnesses or victims are encouraged to call the above mentioned Investigators.