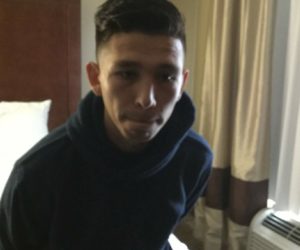 When contacted through the number posted online, officers negotiated to perform sex acts for money and arrested the subjects when they arrived to engage in prostitution.

Officers arrested ten men for solicitation of prostitution and all were given citations for the violations and released.