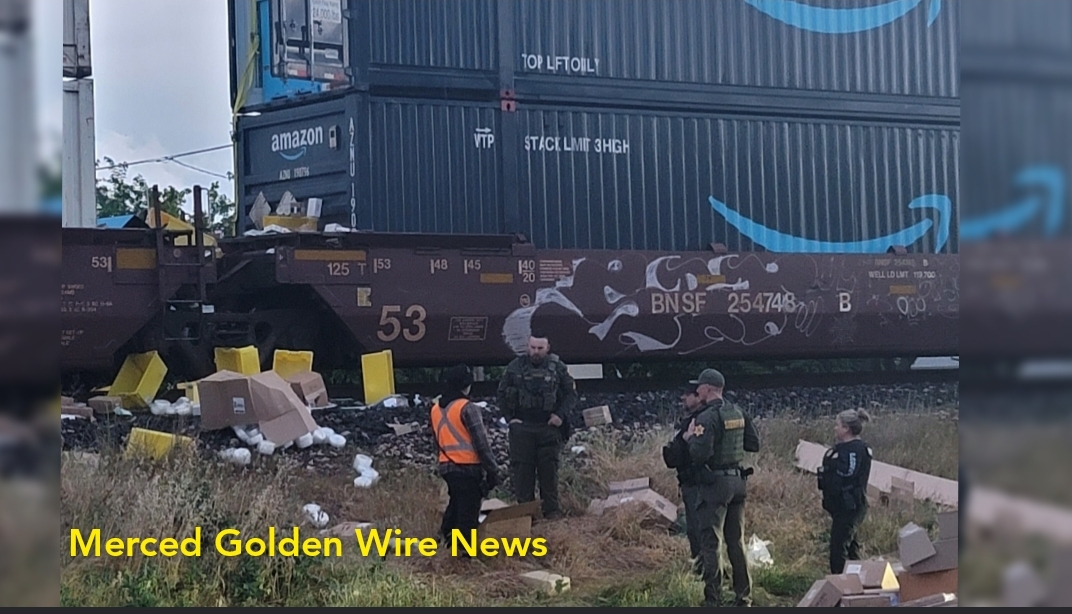 A BNSF cargo train was robbed in Merced on Thursday evening.

Merced Sheriff Deputies responded to the 1900 block of East Santa Fe Avenue near McKee Road just after 7:00, after receiving reports of individuals seen throwing items out of an Amazon cargo trailer on the BNSF train.

Several packages were left scattered on the Railroad tracks. Deputies and Merced Police Officers searched the area but were unable to locate the suspects.

The train conductor and deputies contacted BNSF police but they did not respond to the scene. The conductor was advised by BNSF to close the container doors and take off.

Merced Sheriff and BNSF Police are investigating. No further information is available.