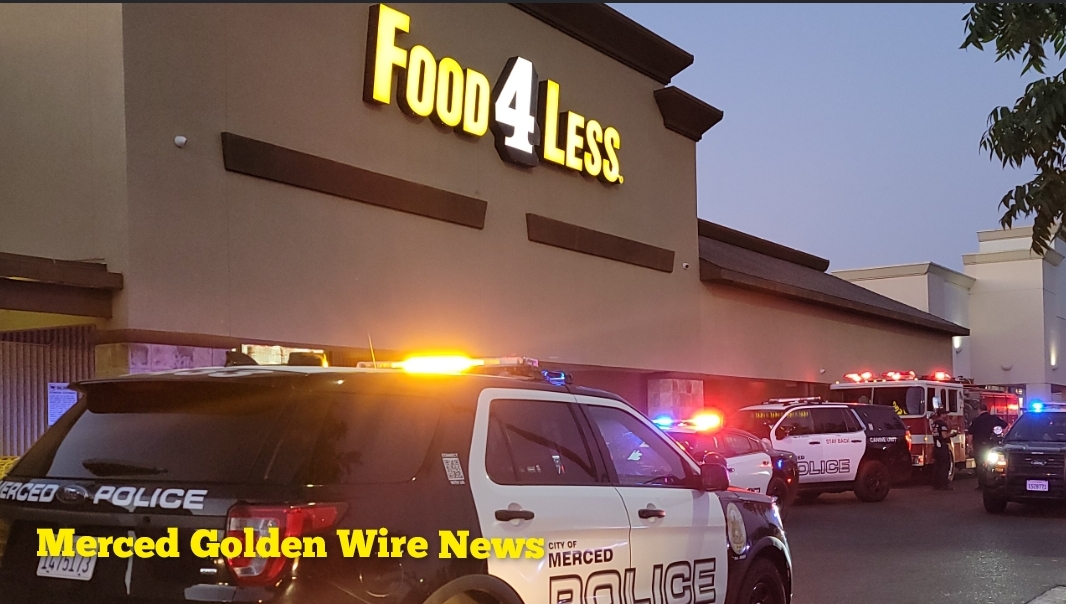 An investigation is underway in Merced after a Food-4-Less security employee was stabbed Wednesday night.

Officers responded to 1115 West Olive Avenue at around 8:26 for reports of a stabbing. When officers arrived, they located a man in his 30’s suffering from a single stab wound to the torso.

Police say the victim was trying to apprehend the suspect who stole from the store. The victim was flown to an out-of-area hospital and his condition remains unknown at this time.

Authorities say the suspect appeared to be in his late 20s to early 30s he was described to have long hair and wearing dark clothing and was last seen leaving in a dark blue sedan.

No further information is available at this time. Anyone with additional information regarding this stabbing is asked to call 209-385-8836