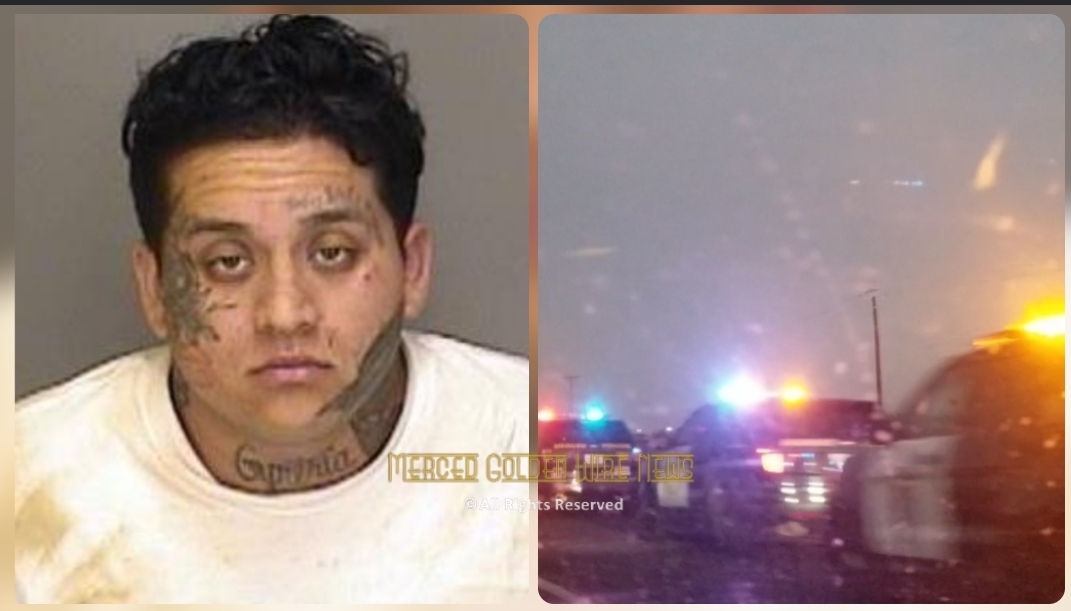 A woman who led Merced Police officers on a high-speed chase was arrested.

A Merced Police officer attempted to stop a 2015 Toyota Corolla for driving the wrong way in downtown Merced just after 8:30 p.m., Tuesday.

The driver failed to yield and a pursuit ensued. The chase continued on Southbound 99 at a high rate of speed.

The chase came to a stop just past the Chowchilla scales after the vehicle lost control and crashed over the railroad tracks.

28-year-old Corina Rodriguez of Atwater was arrested, other occupants in the vehicle were treated by medical personnel at the scene, one was flown to a hospital with non-threatening injuries.

Corina was arrested on charges of felony DUI causing bodily injury, possession of ammunition by a prohibited person, evading a peace officer, hit-and-run resulting in injury, contribute delinquency of a minor, and a charge for driving on the wrong side of lane, according to Merced County Jail records.