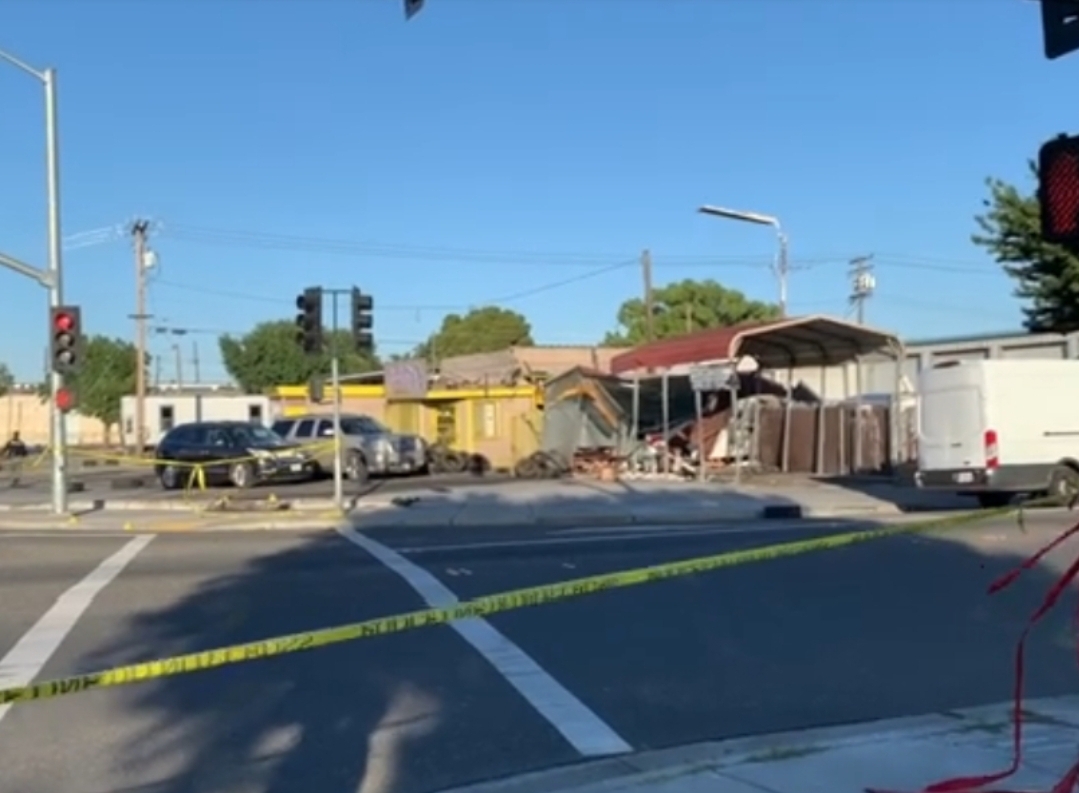 Early Saturday morning at around 1:45 AM, Modesto Police Officers located an occupied stolen vehicle near Brissgmore Avenue and Lakewood Avenue in northeast Modesto.

Officers attempted to stop the vehicle, the vehicle then fled and the occupants began shooting at the officers.

Air 101 was activated and multiple agencies assisted with the pursuit which continued for a short period through the county and eventually came down Yosemite Boulevard ending at 14th and D Streets.

The suspects vehicle crashed into the carport at a popular mobile food truck at 14th and D Street striking two pedestrians at the business.

The two occupants of the stolen vehicle fled from the scene, but were taken into custody immediately with the help of Stanislaus County Air Support.

Officers located two guns in the suspects vehicle along with ammunition. The suspects are currently being interviewed at the Modesto Police Department.

The pedestrians struck by the suspects vehicle did not survive and were pronounced deceased at the scene.

The identity of the victims has not been released at this time.

Investigators are in the early stages of the investigation and will release updated information when possible.

If you have any information regarding this investigation, please call Crime Stoppers at 209-521-4636, or at www.stancrimetips.org.