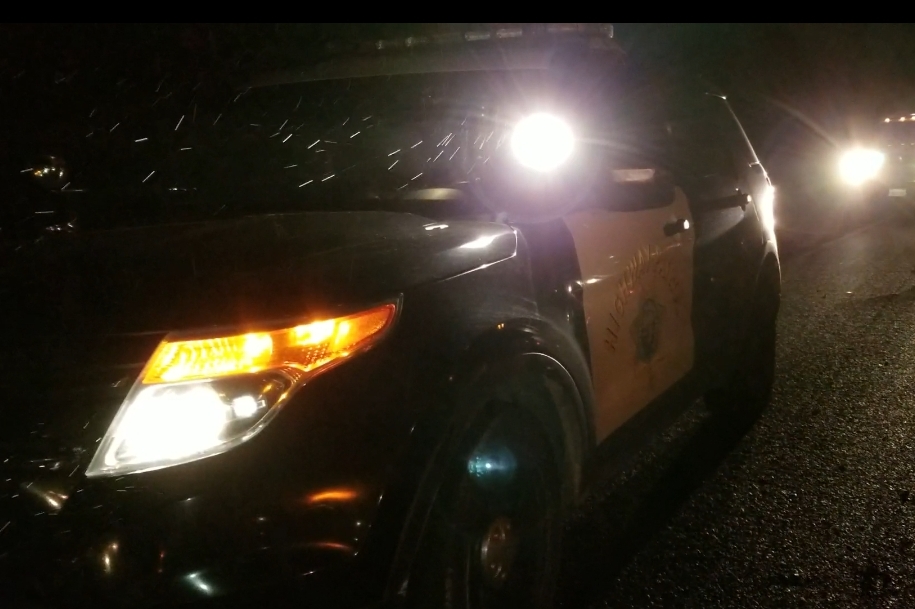 On May 8th, 2019, at approximately 9:26 p.m., the California Highway Patrol Merced area office broadcasted a possible DUI driver in a gold Ford Sedan.

The dispatcher advised officers the vehicle was traveling northbound State Route 99 from Avenue 18 1/2.

The vehicle was described to be driving “all over the roadway”.

The Ford was impeding traffic and had approximately six vehicles traveling behind it. As the Ford exited Robertson Boulevard, it drifted into the opposing lane by approximately four feet.

Sergeant Pratt activated his patrol vehicle’s emergency lights to conduct an enforcement stop. The Ford appeared as if it was yielding when it continued northbound on the off-ramp.

The vehicle then continued through the stop sign at the bottom of the ramp and into the intersection of Robertson Boulevard, where it collided into the bumper of a vehicle traveling westbound.

Sergeant Pratt continued in pursuit of the Ford. The speed of the Ford varied from 50 to 60 MPH in light traffic. The Ford continued through the City of Chowchilla on Robertson Boulevard which turned into southbound State Route 223.

CHP says once the vehicle left the city limits it accelerated and increased speeds of up to 105 MPH. Approximately one mile outside of Chowchilla City limits, the Ford drifted off the East roadway where it struck a palm tree north of Avenue 23 1/2.

Sergeant Pratt and a Chowchilla Police officer who was just arriving approached the Ford Taurus and observed the driver behind the steering wheel. As a result of the collision the passenger, a 17-year-old with an address out of Oakland not wearing a seatbelt was thrown to the back seats of the vehicle.

Pratt broke the right rear window of the vehicle to gain access to the passenger and discovered she had no pulse. Pratt pulled her out and initiated CPR, responding CHP units continued CPR until medical personnel arrived on scene and pronounced her deceased due to her injuries.

The driver 20-year-old Ms, S Kelley with an address out of Fresno was transported to a hospital and arrested for Driving under the influence of drugs.

Kelley is an unlicensed driver and was arrested on charges of Vehicle Manslaughter, felony evading causing a fatal injury, DUI-Drugs and driving unlicensed. Kelley remains hospitalized according to CHP.