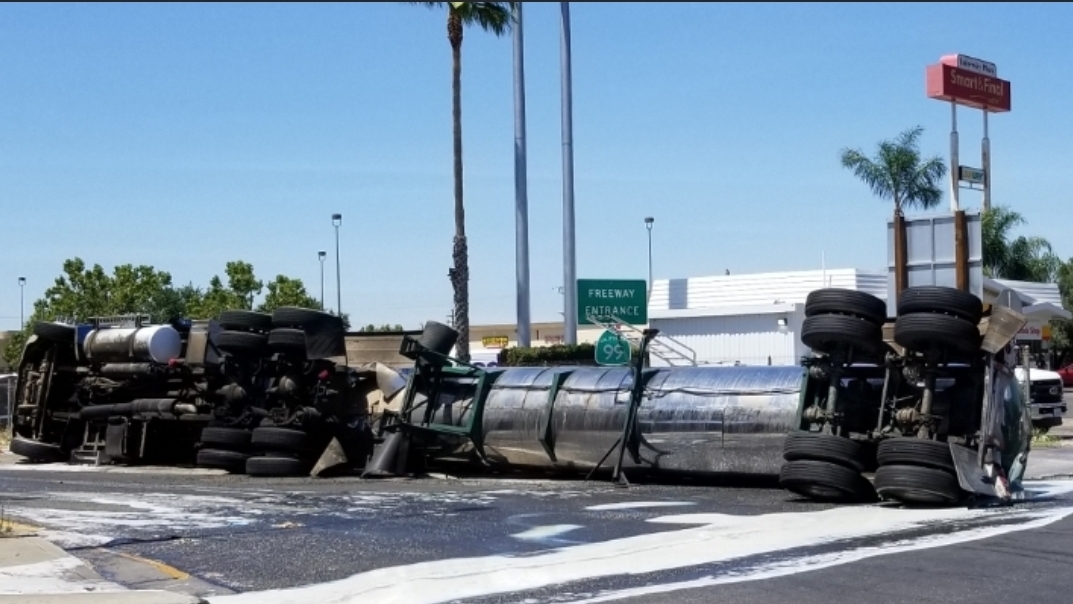 Both Northbound on-ramp and southbound off-ramp were closed to traffic.

Crews are currently cleaning the area, officers estimated to open the roads back in approximately two more hours.

Police said the driver of the tractor-trailer made a fast turn to the on-ramp and caused it to overturn. No injuries were reported.

Alcohol and Drugs do not appear to be a factor, the collision remains under investigation.