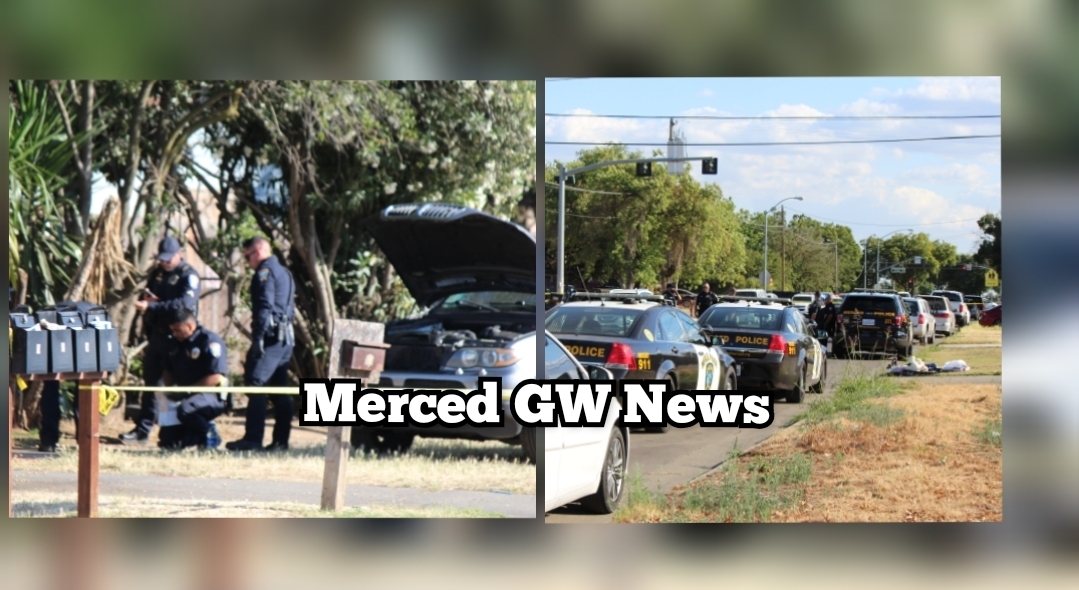 Officers responded to the 400 block of N street for a report of a shooting at around 4:30.

When officers arrived, they located the scene and were told by witnesses that a man was transported by a family member to Mercy Hospital, officers responded and located the victim, a man in his 20’s, he was transported to a Modesto hospital and remains in stable condition.

Witnesses told officers that 2 Hispanic males in their 20’s approached the victim in the front yard where he was working on a car, the suspects then fired several rounds at the victim striking him in the torso and
extremities.

The suspects fled the area on foot.
No further description of the suspects is available at this time.

Merced Police are asking anyone with any information regarding this crime to contact Officer Flores at 209-388-7796 or by email at FloresD@cityofmerced.org.